People play Croquet for various reasons, more exciting than Golf, more stimulating than Chess, more challenging than Bowls and also like these other activities you can get socially engaged with others from all walks of life. Unlike other sports Men and Women usually compete together and are ranked on equal terms. You do not need particular strength to play the shots, Tactics and subtlety will normally win out which often makes women better players.

As stated above you can join in games from your first day but like any activity you will need time and practice to develop. In this you will be helped by other Club Members. We both visit and have Visitors from other Clubs around Sydney through various social competitions where it is custom for the host Club to provide morning tea. A draw is done before each game to see who you will play with and against .This has the sometimes harmonious outcome that you will not always be playing with your life partner if you are both Club members.

Gateball is also played by both men and women. Smaller equipment than Croquet is used on a lawn half the size. This in no way diminishes the fun, tactics and skills employed.

The game originated in Japan in 1947 and is played by millions around the world especially in Asia. Epping Croquet Club was one of the early adopters of the game.

As with Croquet there are social interactions with other Clubs even combining teams to play in competitions.

With 10 balls in play rather than 4 as in Croquet it can be challenging. Because the Captain guides the tactics.There is no handicap ranking. 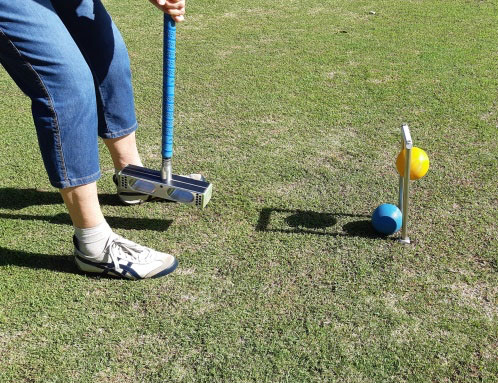 Played as a singles or doubles game using 4 balls of different colours.The object is to get the balls through a series of hoops, scoring a point at each hoop by a combination of shots whilst denying the opportunity of your opponent doing so. Games last about 40 minutes where the first side to score 7 wins.It is a very popular form of the game 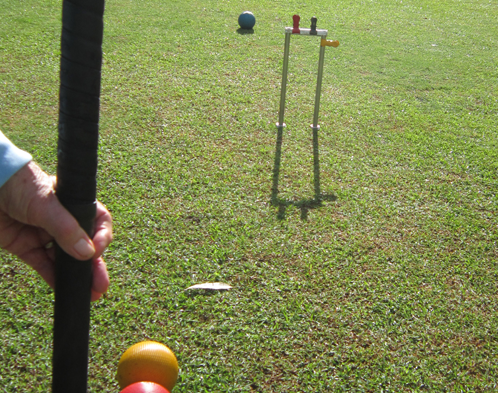 Played in the same manner as Golf Croquet using 4 balls of different colours going through a series of 12 hoops with each of your 2 balls scoring a point by a combination of shots whilst denying the opportunity of your opponent doing so.
This is a more tactical game ,similar to chess or billiards, requiring a wider range of stroke and tactical skills.
A game lasts about 2.5 hours with the side with the highest score winning. 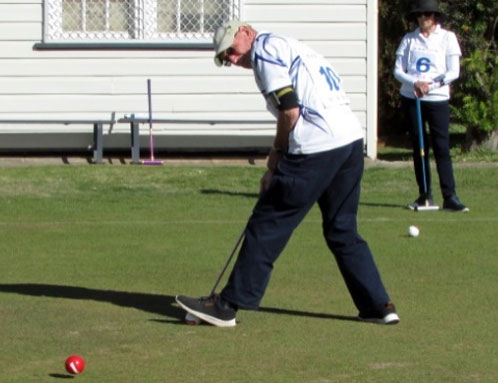 The game originated in Asia and is similar to Croquet in that Mallets ,balls and hoops are used. Two teams, each of 5 players take 5 numbered coloured balls through 3 hoops to hit a target goal pole whilst preventing the opposition from doing the same.The game is relatively fast paced with players having 10 seconds to make their shots. Games last 30 minutes.
Go to Top